I was not alive when Dr. King was, but I truly am thankful for his integrity, as well as his dream!  I don't know the hardships he faced or the hardships of those who lived both before him and after him, but I do apologize for the suffering hurt, and mistreatment this world and yes we as a hate filled selfish people have    caused to people of all colors., and I extend an apology myself, for those moments, I have tolerated prejudice myself.  I apologize for the times I might have attempted to rationalize portions of American history, no matter how subtly, when their just isn't ANY justification that can be made for wickedness! I apologize for my stereotypes   unexamined.       .    I have never been to a march  in his name, but would some day like to.  I'm thankful for his non-violent approach and his reported sense of personal responsibility, and I wonder what would he say about our world today.  Would he see a dream fulfilled?  I sure hope so!  Would he say there is still progressed to made, I'm almost sure he would.    I often wonder would he stand up for other vulnerable people in our world today?  In my opinion, I think he would.
For example what would Dr. King say about our homeless or  the message of Sanctity of Human Life? I'd like think he would fight not only for his people and cultural heritage, but others too, like the unborn or battered women.  The truth is the source of all injustice comes from the same thing sin, and a lack of regard for that of human life! 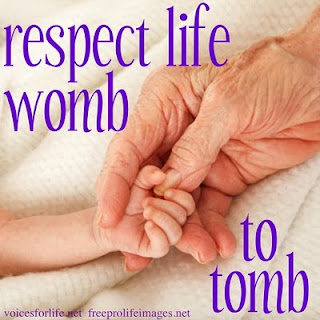 Sanctity of Human Life is so big in scope, that even I who advocate for the lives of women, and unborn children, cannot fully grasp it's impact.  I do know however, that much of what our culture claims as a fight for civil rights today, is a far cry from what heroes like MLK fought for then.  You see from everything I've read Martin Luther King, was a man who knew the Bible, and tried to live his life according to it.  Much of what we call Civil Rights today, is nothing more than sugar-coded self-centered motives that have no biblical foundation.    I'll tell you more about Sanctity of Human Life next time, and what it means to me, but I hope this writing serves as a prerequisite for the post to come.
What are your thoughts in response?  I've put it out there, so now it your turn as my blog reader to weigh in!
Posted by Dontmissyoursunsetlady at 7:24 PM 2 comments: