How Do You see? 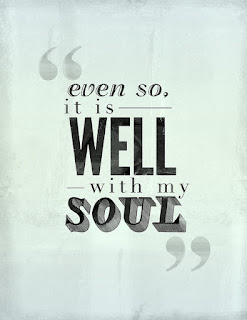 To be honest, I don't know if the above pin will tie into this post or not, but it is a truth that I'm learning to hold dear to this well known song more with each day!  For a long time, the words above made me uneasy, and now I marvel at the thought, knowing the security the words reflect for me and millions of others around the world.


I have been reading in 1 Samuel and really enjoying it.  Have you ever felt overlooked   or discounted?  There is a teenager in 1 Sam. who his family and perfect strangers counted out without the slightest consideration.His name was David, and because He was younger than his brothers, he was discounted, not on one occasion, but several times.   David's Father neglected to mention him when the prophet Samuel came to their home in search of Israel's next king even Samuel expected God to chose one of the other sons, but God made his desire crystal clear!  Please look at 1 Sam.16:6 for better context.  I have 1 Samuel 16:7-12 postedFrom Biblegateway

7 But the Lord said to Samuel, “Do not look at his appearance or his stature, because I have rejected him. Man does not see what the Lord sees,[d] for man sees what is visible,[e] but the Lordsees the heart.”
8 Jesse called Abinadab and presented him to Samuel. “The Lord hasn’t chosen this one either,” Samuel said. 9 Then Jesse presented Shammah, but Samuel said, “The Lord hasn’t chosen this one either.” 10 After Jesse presented seven of his sons to him, Samuel told Jesse, “The Lord hasn’t chosen any of these.”11 Samuel asked him, “Are these all the sons you have?”
“There is still the youngest,” he answered, “but right now he’s tending the sheep.” Samuel told Jesse, “Send for him. We won’t sit down to eat until he gets here.” 12 So Jesse sent for him. He had beautiful eyes and a healthy,[f] handsome appearance."
Do you see how Jesse discounted his son, it may very well have been unintentional on the part of Jesse and then Samuel in the earlier verse, but in later chapters his brother discounted him for the task on fighting Goliath a towering warrior giant who bullied God's people.  Most of us focus on how God tells us not to judge by appearance, but by the condition of the heart.  Something else caught my attention this time though.  First, God never discounted David for what most see as weakness.  Yes, David was a shepherd, and he was young, but God molded both these so called weaknesses and used these for His purposes.  Second, here is the proof that God sees differently and better than we can.  God tells us clearly in verse 7 that when we look at our lives we are only capable of using earthly vision, but God sees both what is visible and invisible to our eyes.  Like me, are you plagued currently by events you don't understand?  If you are, rest assured we can Know that God can see clearly what is foggy in our eyes!  Olympic Medalist, Michael Phelps once got pool water in his goggles, during a major event, but he still won, because he had been trained to continue swimming even when he could not see his surroundings.  Likewise, even when we can't see our path ahead, we can still rest in the arms of the God who does not discount us and has the perfect view of our lives!  It can be well with our souls, because God sees with perfect vision!  What Aha moment have you encountered, once you discovered that God sees you and your life differently than you do?  If you are reading this post you have gone with me to a live Aha moment!
Posted by Dontmissyoursunsetlady at 7:49 PM 4 comments: