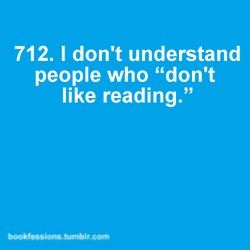 For as long as I can remember I have enjoyed reading.  In recent years I have neglected the habit, and exchanged my passion for reading, for that of social media and pintrest,   and honestly it s disapoints  me.  Reading has been a friend to me long before I had friends.  Despite the pin above I understand that reading just isn't isn't enjoyable for some.  For me numbers makes things hard, but my ability to understand and process concepts through reading is a joy.   Today, I want to tell you a story about a book that changed a man's life, not simply because he took time to read it, but because he allowed the book to change his way of life.  Books are every where, both electronically and in print, but there will never be another book or story that potential to change a life like this one is.  There was this man named Josiah who became king of Jerusalem at eight years oldEven then, Josiah was wise enough to follow the example of his ancestor David, who though he was imperfect man loved and followed God. 8" Hilkiah the high priest said to Shaphan the court secretary, “I have found the Book of the Law in the Lord’s Temple!” Then Hilkiah gave the scroll to Shaphan, and he read it.

9 Shaphan went to the king and reported, “Your officials have turned over the money collected at the Temple of theLord to the workers and supervisors at the Temple.” 10 Shaphan also told the king, “Hilkiah the priest has given me a scroll.” So Shaphan read it to the king.
11 When the king heard what was written in the Book of the Law, he tore his clothes in despair. 12 Then he gave these orders to Hilkiah the priest, Ahikam son of Shaphan, Acbor son of Micaiah, Shaphan the court secretary, and Asaiah the king’s personal adviser: 13 “Go to the Temple and speak to the Lord for me and for the people and for all Judah. Inquire about the words written in this scroll that has been found. For the Lord’s great anger is burning against us because our ancestors have not obeyed the words in this scroll. We have not been doing everything it says we must do." 2 kings 22:8-13 One day the high priest informed Josiah the book of the law had been found, and that the people and nation was in violation of the law.  Josiah's heart was grieved at the reality of the disobedience, even before the predicted consequences that would be brought upon the city. seen in later verses(.....  As a result of Josiah's respect for God's commands, the just disaster  upon the city was postponed.
Until this time people of that time had forgotten and likely simply ignored God's commands and worshiped idols, even to the point of sacrificing the children God had entrusted to his people.  The first evidence of Josiah's repentant heart and respect for God's word was the tearing of his clothes as an outward expression of a personal encounter with the word of God .  Josiah no longer had reason to only follow David's legacy, but he had discovered God's message and commands firsthand, and it made a profound difference not only for him, but in his actions; and the people he governed.  I have a confession to make, I don't have that kind of deep respect and awe for the word of God like I should.  Oh how it is my prayer that I would respond as quickly in obedience to God as Josiah did!  How amazing would it be if God's people just by taking hold of God's word, would have such respect that it would transform how we live!  After discovering the word of God, Josiah destroyed the idols of the land, unlike any king recorded in history.  We can never dismiss the influence a person who chooses to obey God.  Will our legacy of daily living be rerecorded as ones that respect or ignore the word of God? will we treasure the authority of God's word or will we discard it?  It occurs to me that the proof of treasuring or loving God's word, is not simply in whether we read it, but even more in if we choose to respond to what we read in our lives!
I have hidden your word in my heart,
that I might not sin against you." Psalm 119:11

How can we show greater respect for God's ways in our lives?
Posted by Dontmissyoursunsetlady at 5:53 PM 5 comments: